The design of narrative environments requires critical thinking and creative thinking, but does it need critical theory, in the more narrow sense?

Bohman explains that critical theory in the narrow sense designates several generations of German philosophers and social theorists in the Western European Marxist tradition known as the Frankfurt School. In traditional approaches, Max Horkheimer argues, the general goal of all theory is a universal systematic science, not limited to any particular subject matter but embracing all possible objects. However, for Horkheimer, a ‘critical’ theory may be distinguished from a ‘traditional’ theory on the basis of a specific practical purpose: a theory is critical to the extent that it seeks human emancipation, acts as a liberating influence, and serves to create a world in which human needs and powers are satisfied (Horkheimer, 2002). 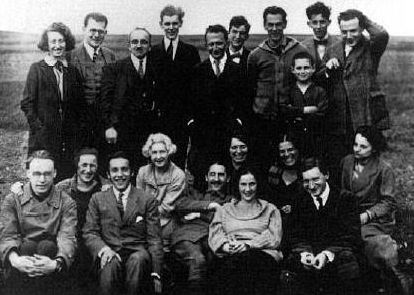 As Horkheimer defines it, critical theory never aims simply at an increase of knowledge as such. Rather, critical theory is adequate only if it meets three criteria: it must be explanatory, practical, and normative, at once (Bohman, 2005). Thus, it must explain what is considered to be problematic with current social reality and in what ways it is a problem; identify the actors to address it and change it; and provide both clear norms for criticism and achievable practical goals for social transformation.

For Horkheimer, a capitalist society could be transformed only by becoming more democratic, such that the conditions of social life that are controllable by human beings depend on real consensus in a rational society. The normative orientation of critical theory, as critical social inquiry, is towards the transformation of capitalism into a real democracy in which such control could be exercised. In such formulations, there are striking similarities between critical theory and American pragmatism.

Critical theories are forms of knowledge which, as Raymond Guess writes in The Idea of Critical Theory ,differ from theories in the natural sciences because they are ‘reflective’ rather than ‘objectifying’, that is to say, they take into account their own procedures and methods. Critical theories aim neither to prove a hypothesis nor prescribe a particular methodology or solution to a problem. Rather, in differing ways, critical theorists offer self-reflective modes of thought that seek to change the world, or at least the world in which the inequalities of market capitalism, as well as patriarchal and colonial, or post-colonial, interests, still prevail.

Thus, the term ‘critical theory’ can be extended, as Jane Rendell suggests, to include the work of later theorists, such as those included under the labels of poststructuralism, postcolonialism, feminism and others, whose thinking is also self-critical and seeks to effect social change. This kind of theoretical work provides the opportunity not only to reflect on existing conditions, but also to imagine something different, to transform rather than simply describe them. More importantly, Rendell argues, it is possible to extend the ‘critical’ as defined through critical theory into practice, to include critical practices, i.e. those practices that involve social critique, self-reflection and social change.