For narrative environment design, cultural studies is an important area of research because, like narrative environments, it is inherently interdisciplinary, or perhaps transdisciplinary, and because of its emphasis upon social practices, including spatial practices. There is therefore a lot to learn both from its subject matter, for example, the topics of power, ethnicity and gender, but also the ways in which it seeks to weave together different traditions of thought to come up with novel insights into social practice. 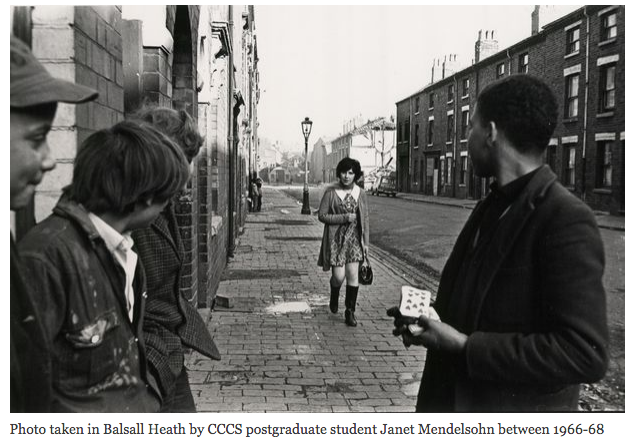 Cultural studies is the engaged, self-conscious study of cultures. While cultural studies has drawn upon the ideas of Marxism, feminism, poststructuralism and postmodernism, its discipline base has shifted from literary studies to sociology and ethnography. In addition, its intellectual agenda has also shifted from an interest in popular culture and (mass) media cultural forms to questions of ideology, power, gender and ethnicity. In recent times, its focus has extended to include questions of representation and the formation of cultural identities (Brooker, 2003: viii).

Abrams (1999: 53) notes that one of the chief precursors of modern cultural studies was Roland Barthes. In his book, Mythologies, Barthes analysed the social conventions and codes that confer meanings in a wide range of social practices and topics , such as ornamental cookery, striptease and the poor and the proletariat. Another precursor was the British school of neo-Marxist studies of literature and art, especially in their popular and working-class modes, as an integral part of the general culture. Among the early texts in this movement were Raymond Williams’ Culture and Society (1958) and Richard Hoggart’s The Uses of Literacy (1958). This strand of thinking became institutionalised in the influential Birmingham Centre for Contemporary Cultural Studies (CCCS), founded by Hoggart in 1964 (Abrams,1999: 53)

The establishment of the CCCS in Birmingham in 1964 may mark an historic turning point in the foundation of the field. However, as Stuart Hall stressed, cultural studies was actually initiated elsewhere, in earlier political movements, for example, the New Left, and in subject areas such as English studies, history and sociology. Thus, while the CCCS constitutes one kind of institutional origin, its original curriculum consisted in a diverse range of writings first published a decade earlier (Procter, 2004: 37).

In the United States, the vogue for cultural studies had its roots mainly in the mode of literary and cultural criticism known as new historicism, with its antecedents both in poststructural theorists such as Louis Althusser and Michel Foucault and in the treatment of culture as a set of signifying systems by Clifford Geertz and other cultural anthropologists.