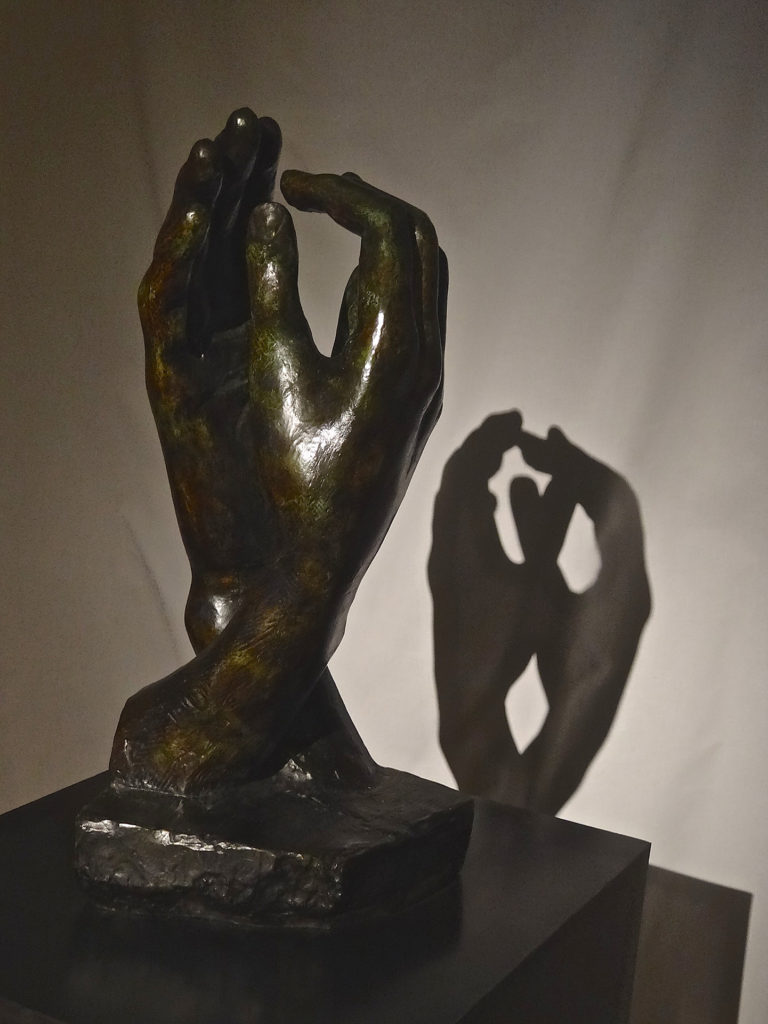 Some design discourses have made use of the terms ‘present-at-hand’ and ‘ready-to-hand’, derived from Martin Heidegger, to discuss artefacts, entities, interactions and systems such as, for example, in human computer interaction (HCI), interaction design, game design and systems design (Ferris, 2003; Dourish, 1999; Dourish, 2001; Martin, 2012; Karlstrom, 2007; Tanenbaum, Antle and Bizzocchi, 2011). Such concepts, then, may be of value for the design and analysis of narrative environments, bearing in mind the difficulties of extracting concepts from the context of one particular mode of thought and translating them to other contexts, particularly in the case of Heidegger’s thought.

Heidegger defines present-at-hand and ready-to-hand as modes of being, in contrast to Dasein, which is by existing as a self-related being, for whom its own Being is at issue as it goes about inhabiting the world.

Thus, for Heidegger, what it means for a present-at-hand entity to be (i.e. to become or come into existence as a temporal, historical being) is to be given as an object to a theoretical gaze (Fried and Polt, 2014: xii). This includes both the ‘objects’ of science and the ‘objects’ of everyday perception.

A ready-to-hand entity, such as a tool, is (again, becomes or comes into existence as a temporal, historical being) when it fits into a meaningful network of purposes and functions, i.e. when it becomes part of a world of practice.

This means that such entities do not exist in some essential, a-temporal, a-historical or universal way as present-at-hand or ready-to-hand but have a temporal, historical, inter-active or relational mode of being. Thus, as Paul Dourish (1999) explains, Heidegger argued that the ontological structure of the world is not a given, already there to be found, discovered or revealed, but arises through interaction, through unfolding. To explain Heidegger’s position Dourish considers the example of the computer mouse.

Once one has learned to use it, the mouse, in a sense, ‘disappears’ from conscious attention. One acts (‘im-mediately’) through the mouse as an extension of one’s hand as one selects objects, operates menus, navigates pages, and so on. The mouse is, in Heidegger’s terms, ready-to-hand, i.e. it fits (‘seamlessly’) into a meaningful network of actions, purposes and functions. In being part of one’s action, it becomes part of ‘oneself’, ‘one’s body’, part of a domain of ‘ownness’ or ‘mineness’.

However, on occasions such as when the mouse ceases to function, for example, because of a failure of the connection between mouse and computer, one’s orientation towards the mouse changes. The mouse ‘reappears’ to conscious attention. One becomes conscious of the mouse mediating one’s action. One moves from a sense of im-mediacy and seamless connectivity to one of mediacy and failure of connectivity. The mouse becomes problematic, as one acts to solve or resolve the problem. When one acts on the mouse in this way, being mindful of it as an object of my activity, as an objector a theoretical (problem-solving) gaze, the mouse is present-at-hand.

Dourish points out that,

“Heidegger’s concern with this distinction is not simply to observe that one has different ways of orienting towards objects; his observation is more radical. He argues that the mouse exists as a mouse only because of the way in which it can become present-at-hand. The origin of ontology, and the existence of entities, lies precisely in the way those moments make objects apparent.”

Otherwise, the mouse is invisible or imperceptible because it immediately and seamlessly is part of one’s flow of actions and inter-actions.

However, when an entity becomes present at hand, for example because problematic in relation to one’s actions and inter-actions, it is not simply that it is revealing itself, or as if it was waiting there all along to be discovered. Rather, it is through this moment of becoming present at hand that the object takes on an existence as an entity, whose meaning is determined by the character of the theoretical gaze to which it is subjected. This happens through involved, embodied action, and thus changes its relation to Dasein, i.e. the way in which one acts an handles ’things’. In this way, it can be recognised that action is constitutive of ontology, not independent of it.

Dourish, P. (2001). Where the action is: the foundations of embodied interaction. Cambridge, MA: MIT Press.