The kind of use that is made of Greimas’ semiotic square in the design of narrative environments is similar to that of Donna Haraway (1992: 304) in ‘The Promises of Monsters’. She notes that, in alliance with Bruno Latour, she will use “this clackety, structuralist meaning-making machine” to create a narrative other than “the rational progress of science, in potential league with progressive politics, patiently unveiling a grounding nature.” Equally, she will not create a tale that will be a demonstration of the social construction of science and nature that locates all agency firmly on the side of humanity.

Haraway uses the term amodern to refer to “a view of the history of science as culture that insists on the absence of beginnings, enlightenments, and endings: the world has always been in the middle of things, in unruly and practical conversation, full of action and structured by a startling array of actants and of networking and unequal collectives.”

She treats as a virtue the much-criticized inability of structuralist devices like the semiotic square to provide diachronic narratives. Instead, Haraway’s amodern history will have a geometry, “not of progress, but of permanent and multi-patterned interaction through which lives and worlds get built, human and unhuman.”

Thus, she uses the semiotic square to define four spaces as a means to explore how certain local-global struggles for meanings and embodiments of nature are occurring within those spaces. This, a contestable collective world comes into view that takes shape for us out of structures of difference.

Haraway’s (mis)interpretation of the structure of semiotic square is as follows: 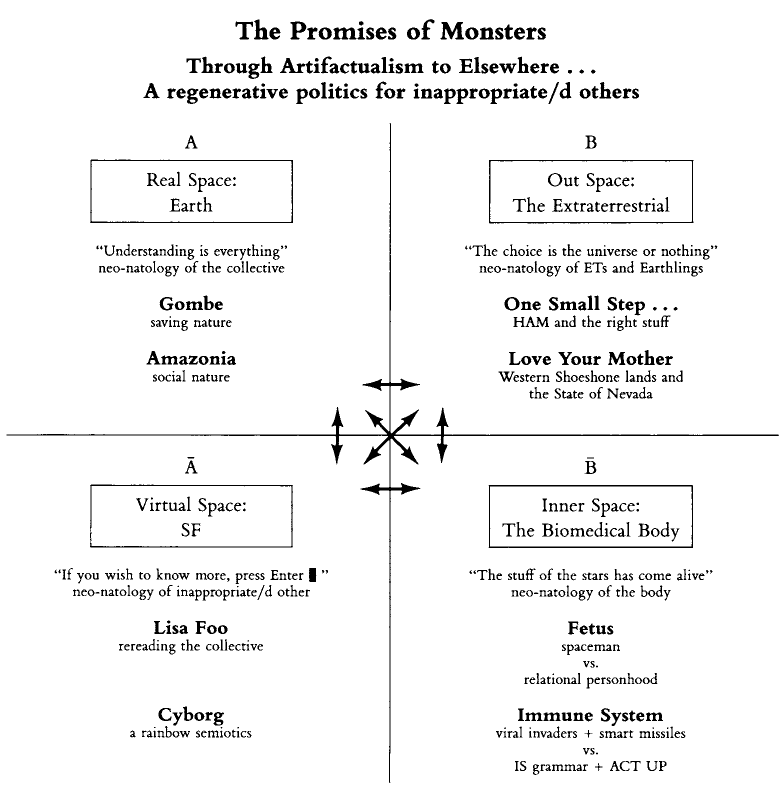 The semiotic square as set out by Greimas is as follows: 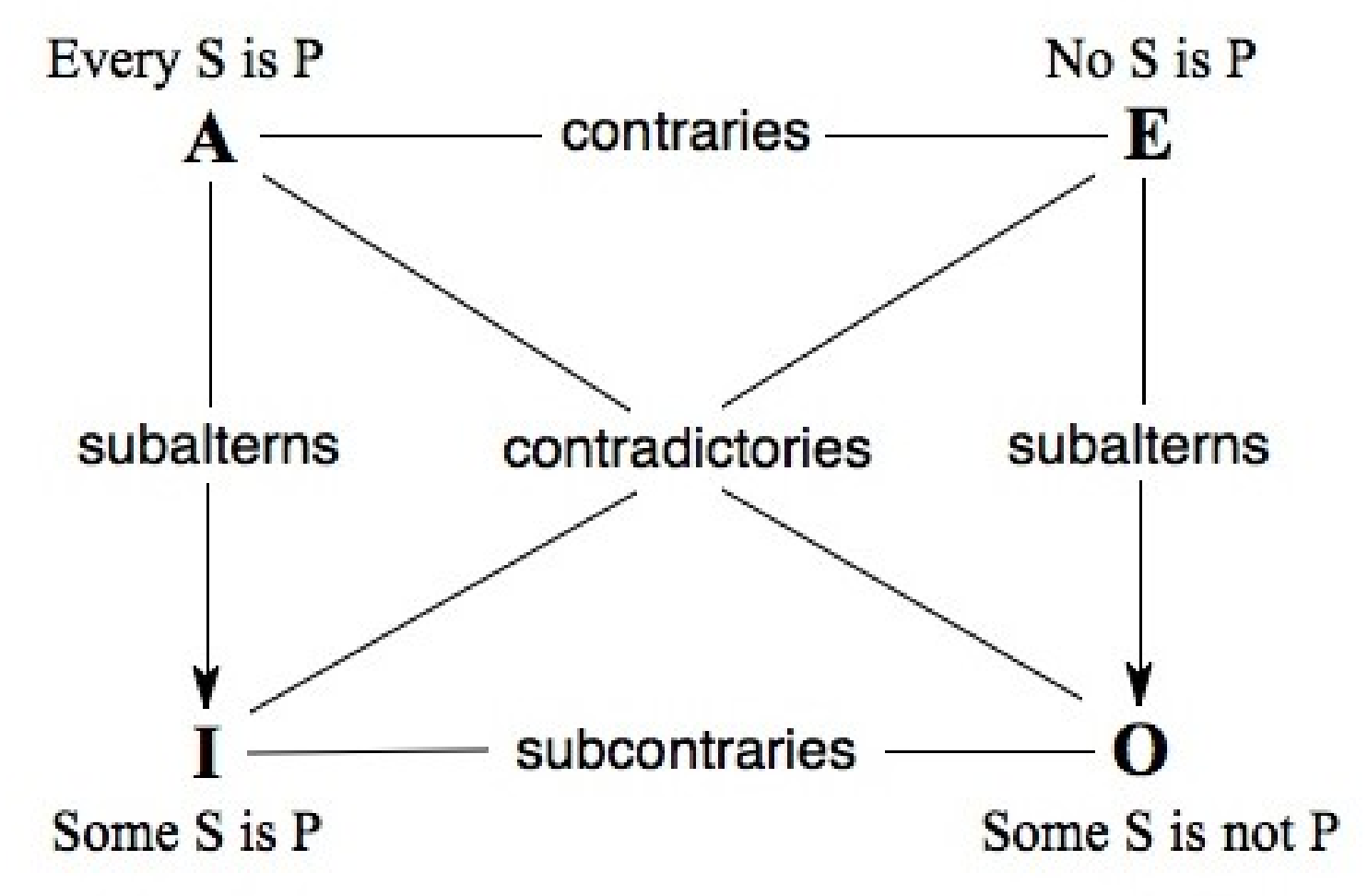 Greimas and the Semiotic Square

John Corso (2014) explains that Greimas introduced the diagram of the semiotic square in his 1966 essay, “Les jeux des contraintes ‘sémiotiques,’”. This essay was translated into English as “The Interaction of Semiotic Constraints” (Greimas and Rastier, 1968), published in Yale French Studies. In the essay, Greimas and Rastier (1968: 88) state that this “presentation makes it isomorphic to the logical hexagon of R. Blanché … as well as to the structures called, in mathematics, the Klein group, and, in psychology, the Piaget group”. Frederic Jameson (1972: 166) also notes a similarity to Levi-Strauss’s “culinary triangle” of raw-cooked-rotten.